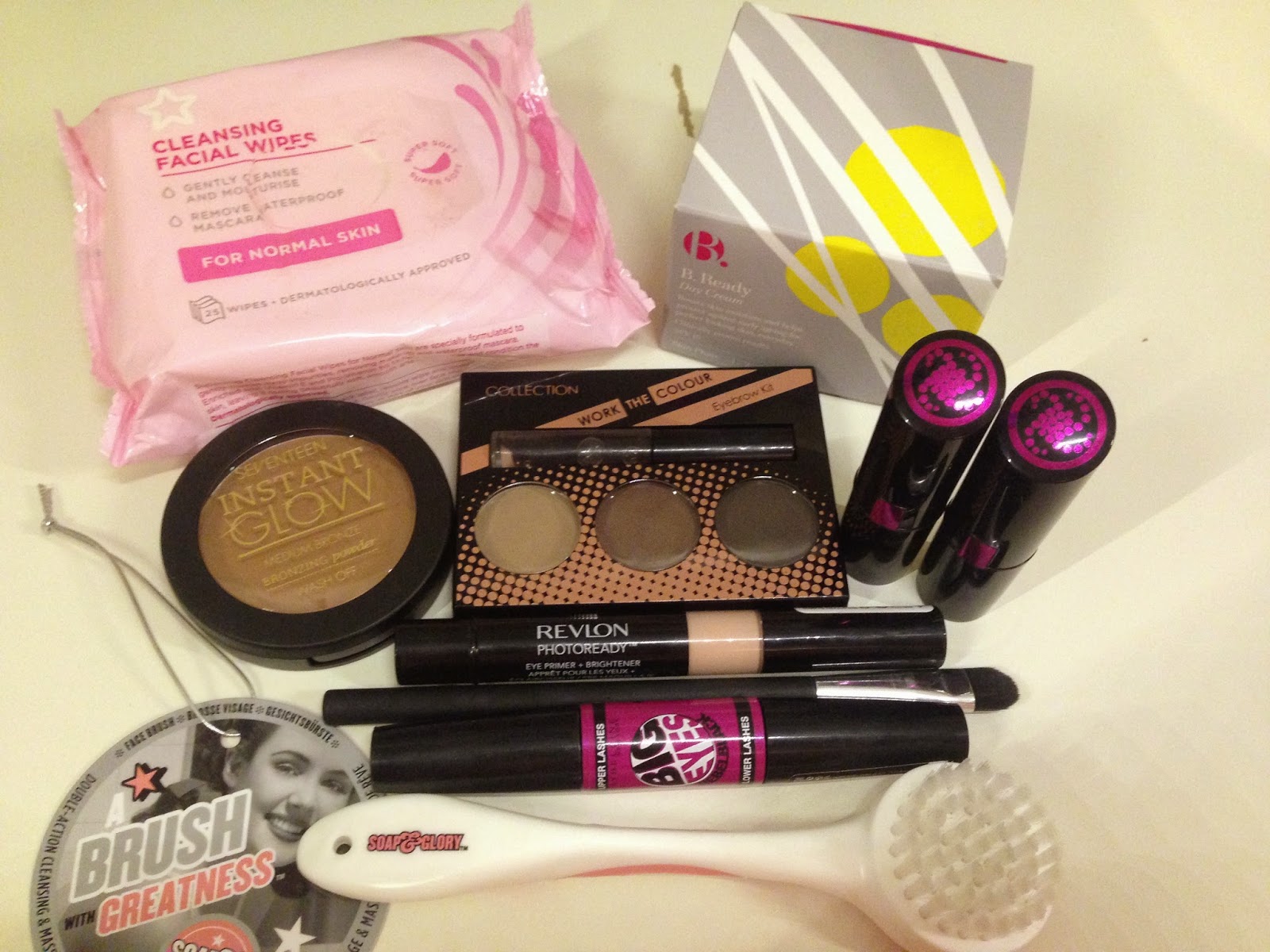 Today I decided to share with you all my most recent purchases. Actually I bought it all yesterday, but you know, it's been AGES since I went shopping! *nose grows like Pinocchio*  Anyway, I decided to show you what I bought, because I'm super nosey and absolutely love reading haul posts, just to see what people buy! While I was out I went to Boots, Superdrug, ASDA and some random stationary shop. The first place I went to was Boots where I bought two new lipsticks from the Collection Lasting Colour collection, one in the shade 12 - Valentine, a strong, but light red and the other in 1 - Queen of Hearts, which is a much darker red, with slightly purple undertones. Next I bought the Revlon Photoready Eye Primer and Brightener in the shade 003. I love the applicator on this, but I have never used it, so keep your eyes peeled for a review! Next up is the Soap and Glory A Brush With Greatness Cleansing and Massage Brush. This does a similar job to the Clarisonic, except it is a lot cheaper and also doesn't have to be charged...obviously:) I also bought the Collection Work the Colour Brow Kit and finally the Seventeen Instant Glow Bronzing Powder in Medium Bronze.

The next shop I went in was Superdrug, but I didn't buy as much in there as I was in a slight rush by that point. The first thing I bought was the Maybelline New York Big Eyes Rebel Black Mascara, which has a smaller mascara wand on one end for lower lashes, which I love! Then I kind of knew I had to pick up a new blending brush because my old one is losing most of it's hairs, so I just picked up the Superdrug's own blending brush, which comes in a pink packet if your looking to buy it. Then, due to all the hype around this brand I decided to pick up something from the collection and that is the B. B. Ready Day Cream. I will definitely do a review on this and I am seriously hoping it works for me, as I have been on the hunt for a new favourite day cream. I also picked up some Superdrug Cleansing Facial Wipes for Normal Skin. 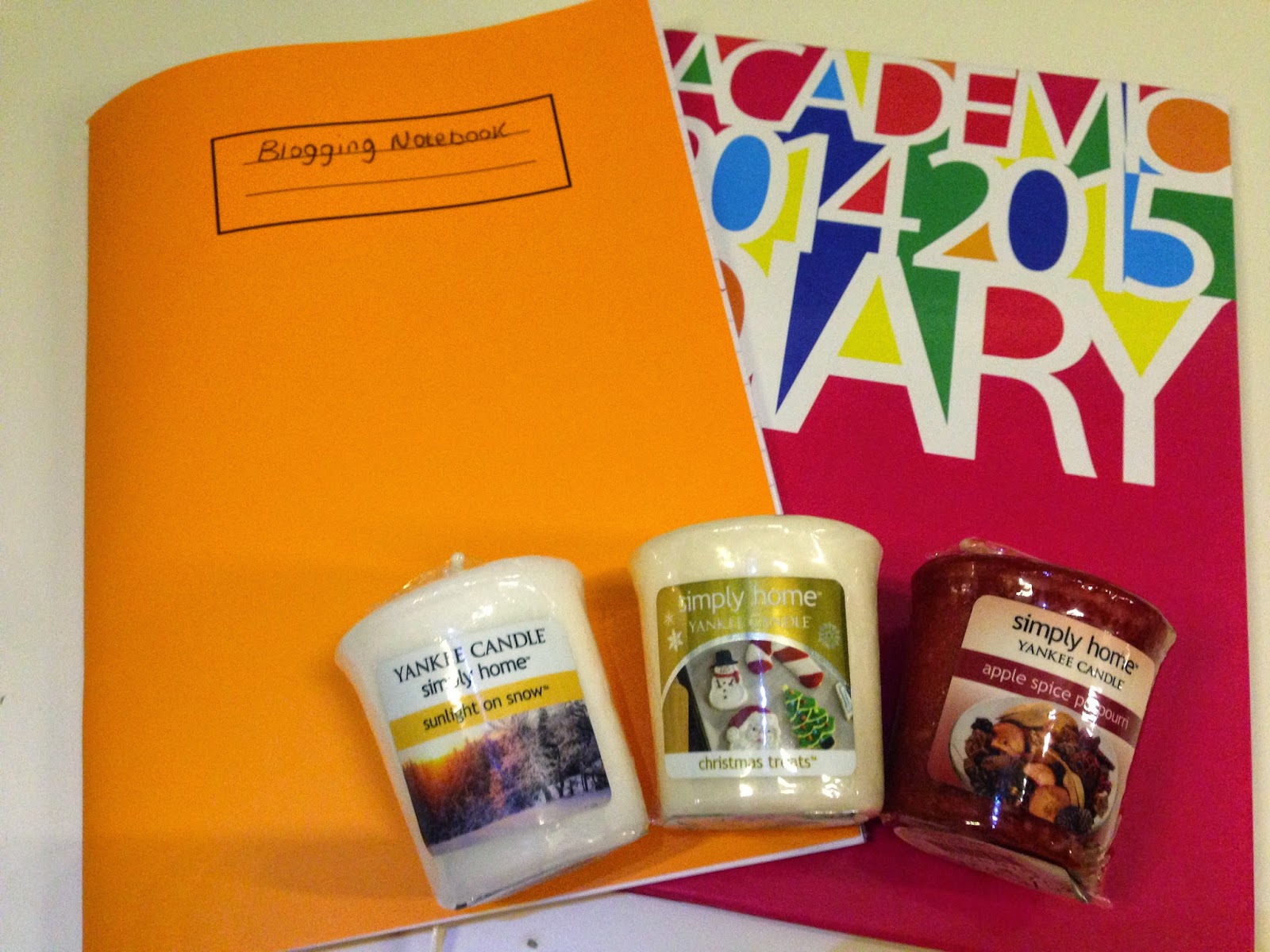 I then decided to pop in a random stationary shop to pick up a new notebook, specifically for blogging notes and a new diary. Then I stopped off at ASDA and found that they have brought out the Yankee Candle Simply Home Christmas Candles... I NEARLY DIED. Christmas candles are literally one of my favourite things about Christmas. Luckily, I managed to restrain myself...in the end, and only bought three mini candles, but I will probably end up going back and splurging when Christmas gets a little closer. But now I'm all excited for Christmas, might have to do a countdown at the end of all my blog posts from now on:)

I know this was a super long post, I didn't mean to ramble as much as I did, but I do like to vary the length of my posts sometimes, because sometimes I don't get to provide as much info as I would like too in my smaller blogs.